Liposuction is OUR field of predilection at the Bellefontaine Clinic in Lausanne, Switzerland. Liposuction involves the removal of unwanted or stubborn areas of fat from specific areas of the body that do not respond to either a healthy diet or exercise. Liposuction is the method of choice to permanently inprove body contours and silhouette. If you want to bring out your abdominal muscles – the famous six-packs – we also offer High Definition Liposuction 4D. Because every body is different, we use two different types of machines adapted to the patient’s needs: Bodyjet® Water Jet Assisted Liposuction or PAL® Power-Assisted Liposuction. The fat removed by liposuction can then be used for breast augmentation with fat or buttock augmentation with fat. 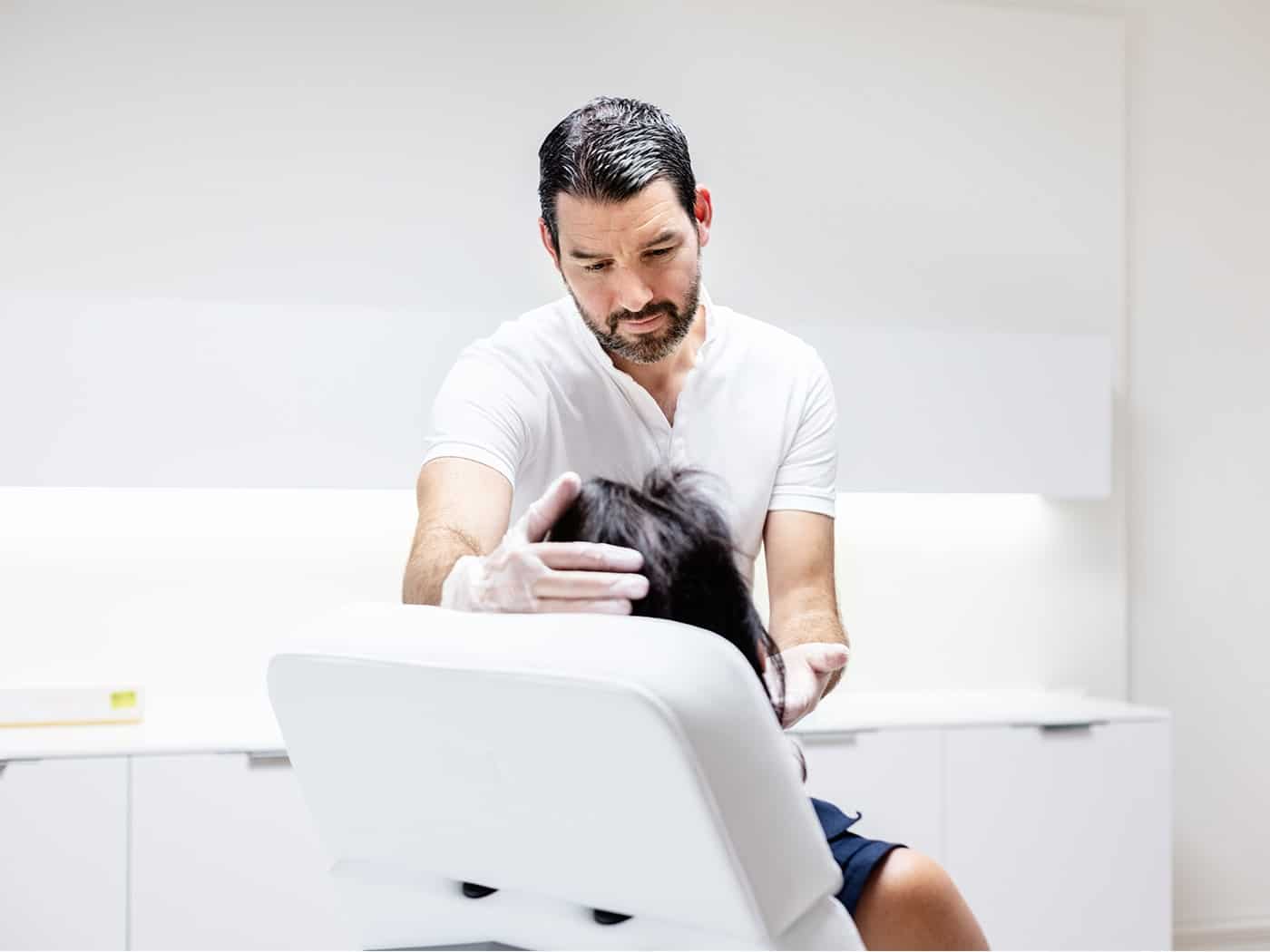 FMH & EBOPRAS Specialist in Plastic, Reconstructive and Aesthetic Surgery. Member of the Swiss Society of Plastic, Reconstructive and Aesthetic Surgery. More than 13 years of experience in plastic and aesthetic surgery in various clinics and university hospitals in Switzerland and Europe. 15 to 20 liposuctions performed per month.

Stubborn problem areas such as the saddlebags, hips and lower abdomen are made up of fatty tissue different from, for example, the breasts or face. These fat pads are difficult to remove through dieting or sport. In our clinic, we have two types of liposuction machines that we adapt to each patient: Bodyjet® water jet assisted liposuction or PAL® PowerAssisted Liposuction. Liposuction offers a safe and long-lasting solution for removing fat deposits. The fat tissue removed by liposuction does not re-form. The result is permanent as long as the weight is stable after the operation. The procedure is suitable for anyone who has sufficient skin tone and can treat the following areas: stomach, hips, saddlebags, thighs, back, knee, arms, buttocks, chest in men.

During the first consultation for your liposuction, we make sure that liposuction is a treatment that will meet your expectations. To this end, we clarify questions about your general health. We measure your body weight, height, fat percentage and the thickness of the subcutaneous fat layer. If the skin is very flabby, other procedures such as arm, tummy or thigh lifts are suggested. During the first consultation, the areas to be treated will be drawn in a standing position and checked in front of a mirror. Smoking should ideally be stopped 3 weeks before and 3 weeks after the liposuction operation.

For a harmonious and natural result, problem areas are marked in the standing position. In the lying position, the surgical area is disinfected and covered sterile. A tumescent solution is then passed through very small incisions - only 3 to 4 mm - in the marked areas. It contains analgesics and medicines to relieve subsequent bruising. Aspiration is then carried out with the help of suction micro-cannulas. In order to achieve an optimal result, several checks are carried out in the standing position. This process prevents irregularities. The time required depends on the amount of fat to be removed and the type of anaesthesia. The procedure last from one to four hours. Liposuction is normally performed on an outpatient basis under local (tumescent) anaesthesia or in a twilight sleep (sedation). Between 1 and 4 litres of fat can be removed in a single session. For health reasons, it is not recommended to remove more than 5 liters of fat per session during your liposuction.

A compression garment will be put in place immediately after the procedure. It supports the skin's adaptation processes and must be worn for at least three weeks day and night, and for a further three weeks only at night. After the liposuction, prophylactic antibiotics must be taken for three days. One week after liposuction, the treated area is often swollen and indurated. The swelling and indurations diminish after 2 to 3 weeks and permanently after 3 to 6 months. In order to avoid irregularities and hardening of the treated areas due to soft tissue healing, LPG endermologie treatment is strongly recommended one week after liposuction. A stable weight is an important measure to achieve an optimal final result. The final result can only be evaluated a few weeks to 3 months after the procedure. If you have any questions, you can always reach us personally by phone using our emergency number.